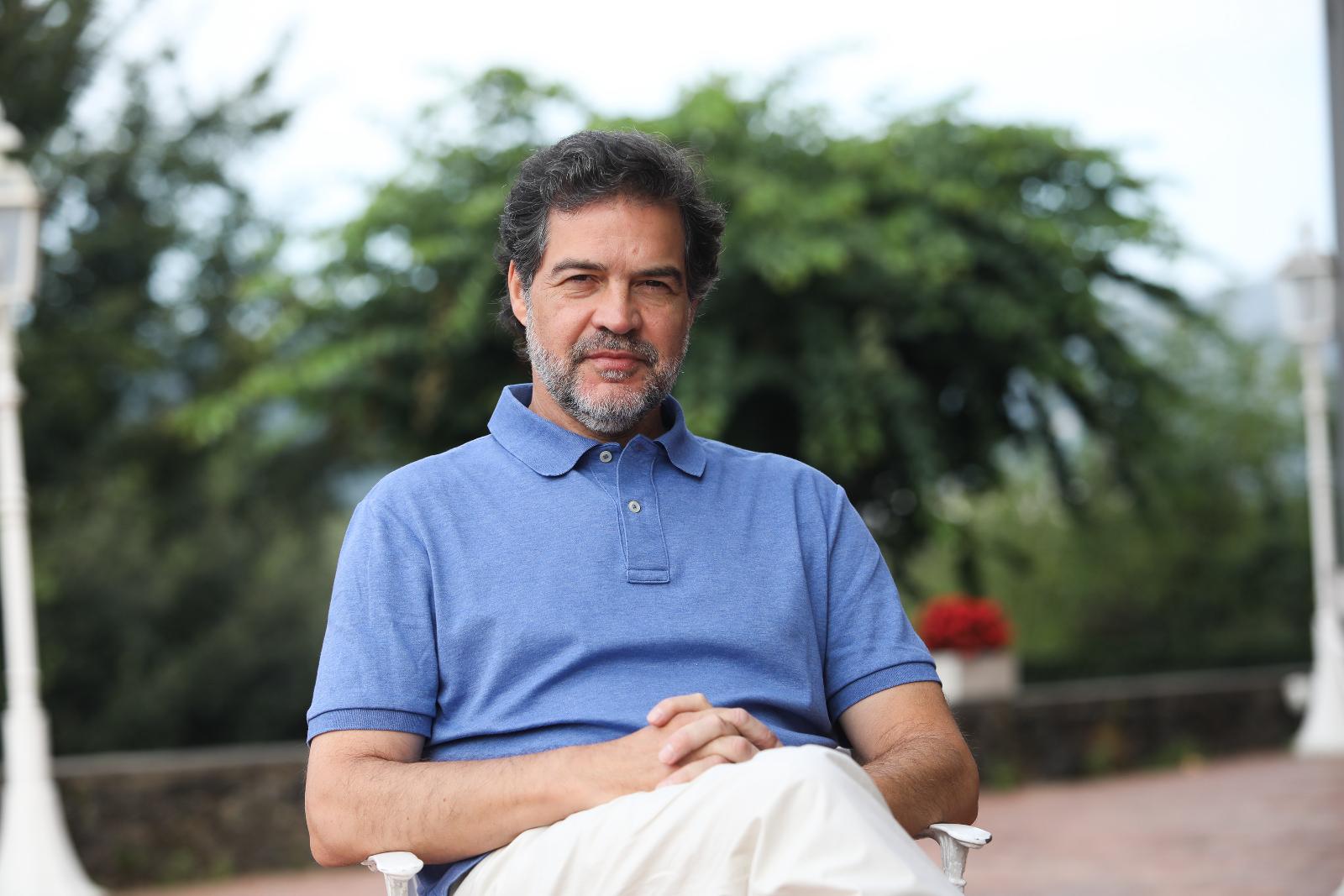 ​Rui Cóias was born in Lisbon. He is graduated in Law (University of Coimbra), has a post-graduate degree in Legal Sciences, he is a Jurist, and also studies Philosophy. He his poet, essaysit and translator. He is the author of the books A Função do Geógrafo e A Ordem do Mundo. His last collection of poems, Europa, includes, among others, a series of texts based on the Great War of 1914-18, written by the occasion of a fellowship awarded by the French Ministry of Culture and Communication.

This is the theme of his next project, in which he is working on in the context of a scholarship awarded by the Portuguese Ministry of Culture. Rui Cóias is also published in Mexico (Las Márgenes Sombrias) and in Holland (Laat de stilte) with translations to spanish and dutch; and also in Belgium (La Nature de la Vie), and in France (L`ordre du monde).

He has also presented his work in Spain (Galicia), Nicarágua, Switzerland, France, USA, India, Dubai and Turkey and represented Portugal in several important festivals and literary meetings around the world.

Rui Cóias is featured author also at the the web platforms: Poetry International Web (Rotterdam), Poems from the Portuguese (Portugal) and Lyricline (Germany). He has a travel and literature Blog, and lives in Lisbon.

My currenty work, in which I will intent to work during my residence at FABER, is the project and work I am writing on under a scholarship I received from the Portuguese Government. Brifley this work consists in: an essay and new poems. Everything, as in my work, is connected, in a philosophical way, and how the landscape and the seasons can be a point of influence in the human sould and destiny and how it can provide a kind of explanation of History and even art. For this book, which is my project, I use a historical reference: the Great War, from 1914-18, in particular the battle of the Somme of 1916, in France (a project that I started with the publication of my last book, Europa, and that I wrote during a scholarship I received from the French Ministry of Culture). This referential is like a timelapse in our existence and landscape. On this basis I propose to write a new series of texts, which are in preparation, interspersed with images / photographs, maps and intertextual relations, to make a reflection about the distinctions between time and space, and between the personal and impersonal.

VOICES IN THE NIGHT OF OLOT

When we move away from our homes sometimes thats to see our past and lives in everywhere around us.

This is what happened in my reading session in Olot, as part of my residency at Faber.

Olot, at the beginning of the evening, led me to the past, and parts of cities forgotten in memory and past places.

So, too, flowed the poems I read, intimately, in portuguese, in a cafe, in the company of excellent friends, in the midst of silence where the beautiful Catalan voices could be heard.

We read poetry, in several languages, with Maya Feile Tomes and Juan Carreño, and we talked about places and moments, we exchanged experiences and memories.

Because everything is connected, at the beginning and at the end. 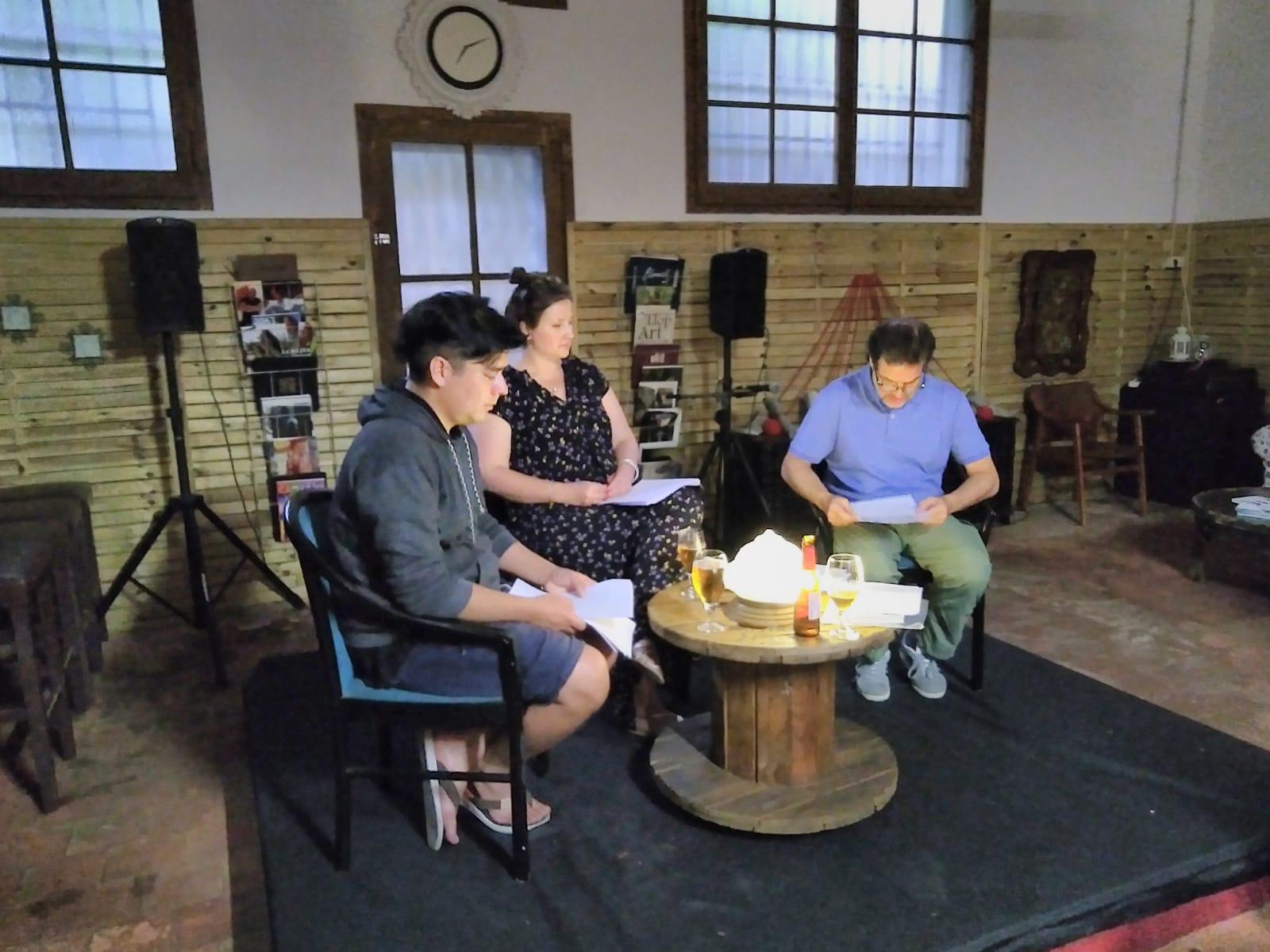