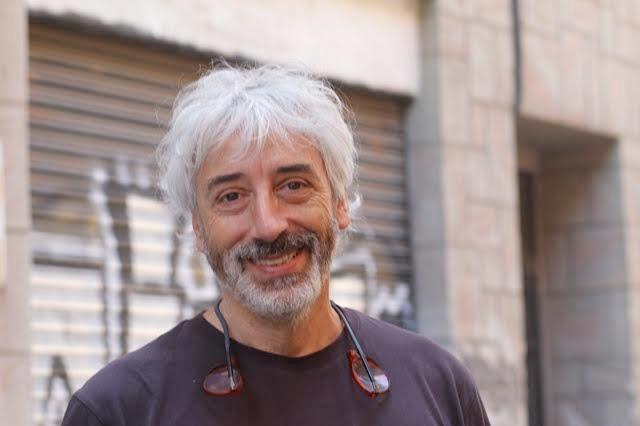 Andres Ehrenhaus. Buenos Aires, 1955. Translator, writer, editor. He has lived in Barcelona since 1976. He has published the books of stories Subir arriba (Sirmio, Barcelona 1993), Monogatari (Mondadori, Barcelona 2001), La seriedad (Mondadori, Barcelona 2001), Un obús cayendo despedaza (Malpaso, Barcelona 2014), the anthology El hombre de lenguas (Lom, Santiago de Chile, 2016), the novel Tratar a Fang Lo (Paradís, Buenos Aires 2006) and two collections of poems: Los 154 haikus de Shakespeare (La Fuga, Barcelona 2018 ) and Cantar las 44, both with illustrations by Elenio Pico. He is a professor of the Master's in Literary and Audiovisual Translation at Pompeu Fabra University. He joined the boards of directors of the Translators' Section of the Collegiate Writers' Association of Spain (ACEtt), starting the series of meetings called El Ojo de Polisemo, and that of CEDRO. Coordinates the Argentinian Book Week at the Calders Bookstore in Barcelona (5 editions). to Latin American publications. He was part of the drafting team of the two drafts of the Law for the Protection of Copyright Translation in Argentina.

During my stay at Faber, I will coordinate a Seminar on Translation from Catalan into the different variants of Latin American and Peninsular Spanish, with practical translation workshops complemented by round tables and theoretical discussion sessions with editors, historians, critics and philologists.