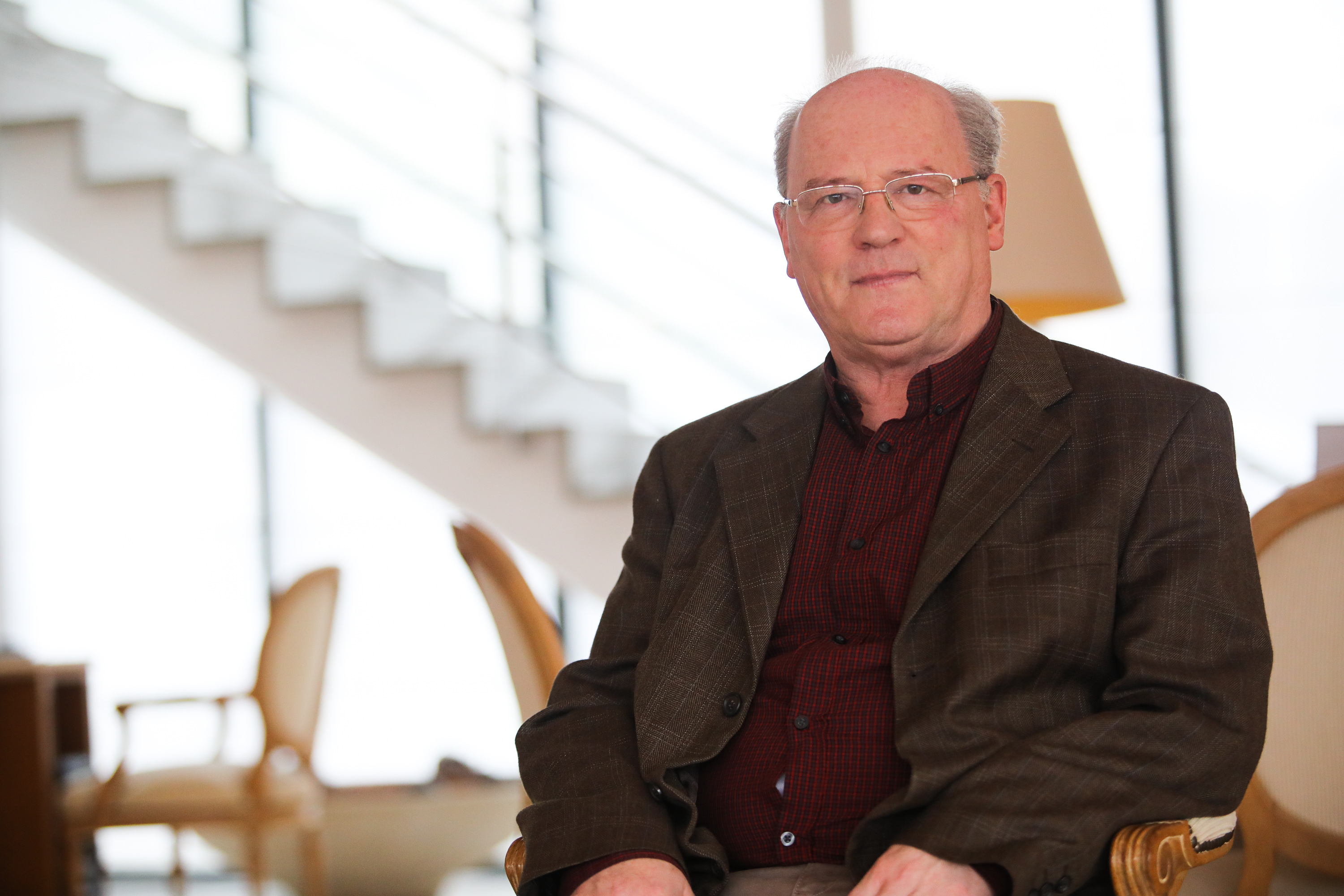 Balázs Déri (born in Orgovány, Bács-Kiskun county, Hungary, August 4, 1954) studied Hungarian, Classics (Latin, Greek), Iranian, Coptic, and Catalan (in this order) at Eötvös Loránd University Budapest / Faculty of Humanities (1972–1981), and musicology at Liszt Ferenc Music Academy Budapest (1991–1995). He had been a fellow of the Lexicon Latinitatis Medii Aevi Hungariae (1972–1994), a lector of Greek and Latin at the Faculty of Theology of the Reformed Church (1993–1997), and since 1998 he has been teaching at Eötvös Loránd University Budapest (since 2008 as a full professor, 2002–2018: head of the Departments of Latin and, in 2019, of Religious Studies, 2003–2006: Vice-Dean of the Faculty), where since 2011 he also teaches creative writing (poetry). At the same time, he is a scientific researcher at the Institute of Musicology at the Hungarian Academy of Sciences. He maintains a choral group and a radio program on music topics, and has been running Hungarian Sacred Music Review since 1993.

As a Catalan-speaker, he is one of the first disciples of Kálmán Faluba, the introducer of Catalan studies in Hungary. In 2002, he and György Jánosházy participated in the 9th Seminar on Poetic Translation at Farrera de Pallars, in which a group of Catalan writers translated a selection of poems by both authors. For his part, he has translated into Catalan several works by Hungarian authors (Madách, 1987, Pilinszky, 1988), and in Hungarian works by Ramon Llull (1994) and Ausiàs March (1999), as well a bilingual anthology of twentieth-century Catalan poets (1997) and a volume of poetry by J. Margarit and F. Parcerisas (2015).

Among others, he has been awarded the Knight’s Cross of the Order of Merit of Hungary (2016).

We are four translators who will work on the translation of contemporary Catalan poetry to Hungarian. We would like to put together a lively, flavorous collection of young Catalan poets' works (approx. 7-8) and publish it in Hungary. We have a vice-versa project too, we arrive to Olot with a bunch of Hungarian poetry in hand translated to Catalan and in the workshops of Olot we would like to polish the final versions together with the poets in person who will pay visit, each for a day or two.