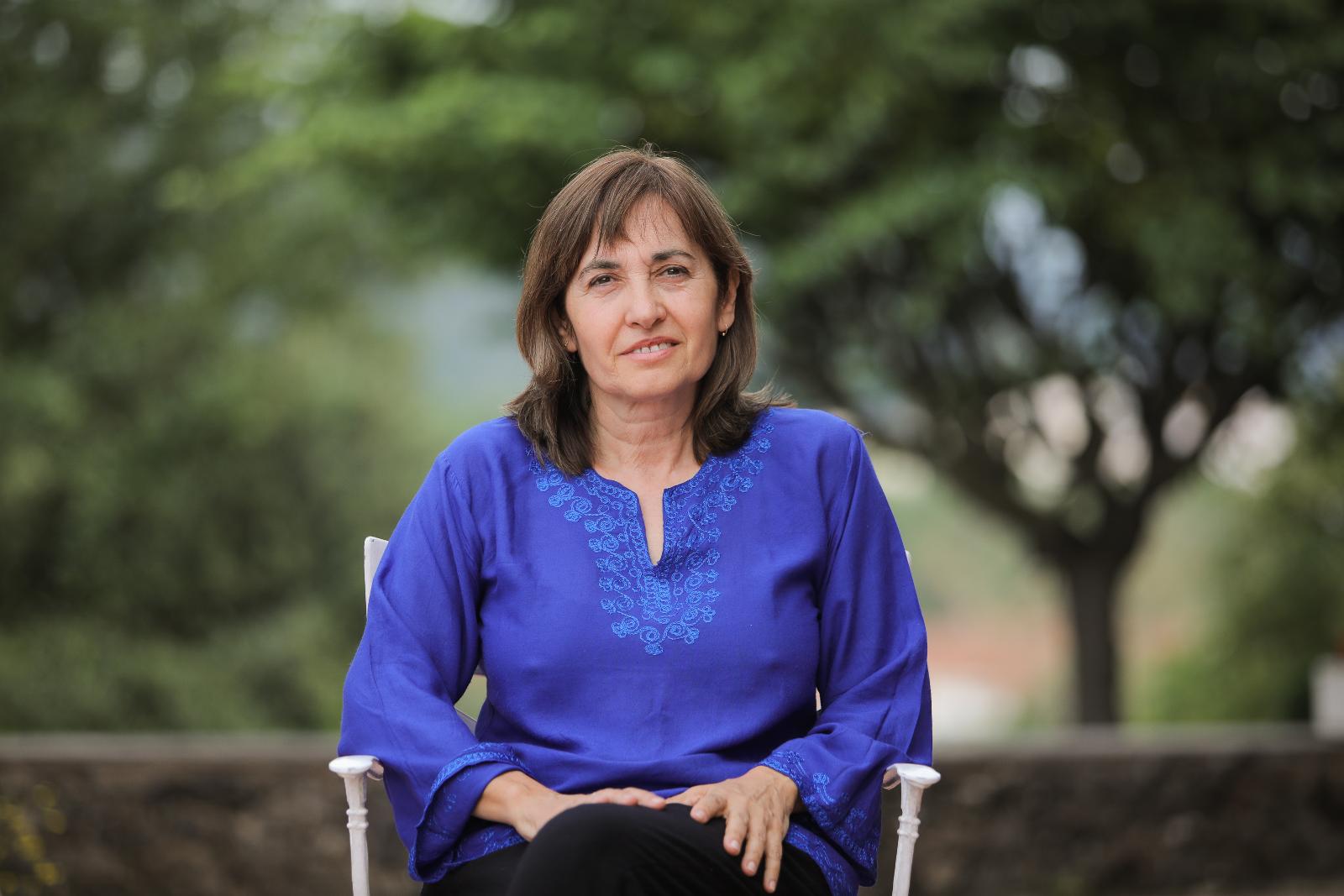 Graduated from the Universitat de Barcelona in Art History. Member of the Observatory of Unidentified Video - OVNI Archives, coordinator of The Purple Meridians project.

I participate as the co-organizer in the project "The Purple Meridians", an international meeting with 16 female filmmakers from different countries (Catalonia, Kurdistan, Italy, Greece), to discuss the difficulties faced by professionals with a female identity and non-binary people in the film and audiovisual industry, to break down the borders they have encountered and to make proposals for improvement, creating a network of support and exchange for future collaborations on an axis that crosses that crosses whole of Europe, from its eastern to its western border.

The thematic residence at Faberllull Olot of The Purple Meridians project, for our part could not be better, has been to fulfill an unthinkable wish. Last November took place the online workshops, and there came the idea, and the need to make a face-to-face meeting between all the filmmakers, it was a wish, which at that time we saw utopian, but finally this wish came true, when you told us that there were three days off from 15 to 17 June.

We have been preparing this meeting since the beginning of the year and Faber Llull has been all facilities and good predisposition, to organize and manage the residence, which with so many international guests had some logistical complexity, especially for the management of visas for the

filmmakers of Diyarbakir. The stay in the residence-hotel has been perfect, rooms, services, meals, garden-pool, in this aspect we have felt very comfortable and very well cared for, very well attended by the hotel team, and with all the support and accompaniment by Pepa and Gavina. Everything has been facilities to carry out the meetings, both in the meeting room with all the available equipment, audiovisual equipment

for projections and connections via zoom, whiteboards ...., and the possibility of using the communal areas of the apartment, to prepare meals, teas, coffees, water, fruits .... The residence itself is short, three days, which turns into two, taking into account arrivals and departures, but even so we were able to get a lot out of it with long discussion sessions among the participants.

The residence started with the handicap of some of the participants being unable to attend due to unforeseen last minute work problems, and also due to the denial of visa to 3 of the Diyarbakir filmmakers, finally one of them was granted on the 14th, and arrived in Olot on the 15th in the afternoon. These absences meant that the initial program of panels and discussions had to be modified and adapted, so the first day it was a little difficult to start with the dynamics of work, but it was solved as the filmmakers got to know each other more, thanks to the screenings and presentationscommentaries on their own films, which were made during the afternoon-evening of the first day, and especially during the dinners and after-dinners on the terrace where the more relaxed conversation gave more points of approach and exchange between all of them.

One of the complicated points of these days has been the linguistic and communicative issue, the language we have used in the debates andbpresentations has been English, but for the Kurdistan filmmakers, consecutive translation into Kurdish and viceversa was needed, only one of them spoke fluent English, and some of them only spoke Kurdish. This has been an aspect that has reduced the agility of the conference and has meant an effort for all of them; even so, everything possible has been done to break these language barriers, since many participants spoke several languages and expressed themselves in English, Spanish, Italian, Greek or French.

We have to thank you for this initiative on your part, and also the women's associations of Olot, and the city council of Girona, for the welcome and support to carry it out. The return to Barcelona was difficult, especially because of the separation in different homes, but as many of the participants stayed a few more days in Barcelona, there were meetings between them, especially to meet some of those who could not go to Olot, as Lara and Lili. Yesterday the last guest left and we are all in contact through whatsapp and telegram groups, google drive, we have created to continue with the projects initiated in Faberllull Olot.

The residence has been very positive, all have taken very good experience and good energy to continue in their personal and collective lines of work, they have seen that they have points of connection, that their intuitions or searches are not isolated and that they can and want to continue their artistic, cinematographic and professional projects as women from an ecofeminist and crosscutting perspective.

For the coordinators, the experience has also been very useful to improve aspects of coordination, logistics and communication for other workshops, residencies or seminars. Personally, I think that for the Kurdistan filmmakers, this stay has meant something much more important and profound than for the other participants, when they themselves said on the last day, that here they had felt free and safe, that they had been able to speak and express themselves freely, without self-censorship and without the fear that someone might come to stop them, I think it has been very worth all the effort that has been made, everything that has been invested in carrying out the project, both in resources and in time and dedication, particularly this is what satisfies me the most, I want to believe and I am convinced that the links and connections that have been created during the residence The Purple Meridians in Faberllull Olot, are seeds that will bear good fruit in the future, but they have to continue to cultivate and care, we have to be attentive and continue working in this direction.

Susana, Pepa, Gaviota, thank you very much again for giving us the possibility of this stay, without your support and complicity it would not have been possible.