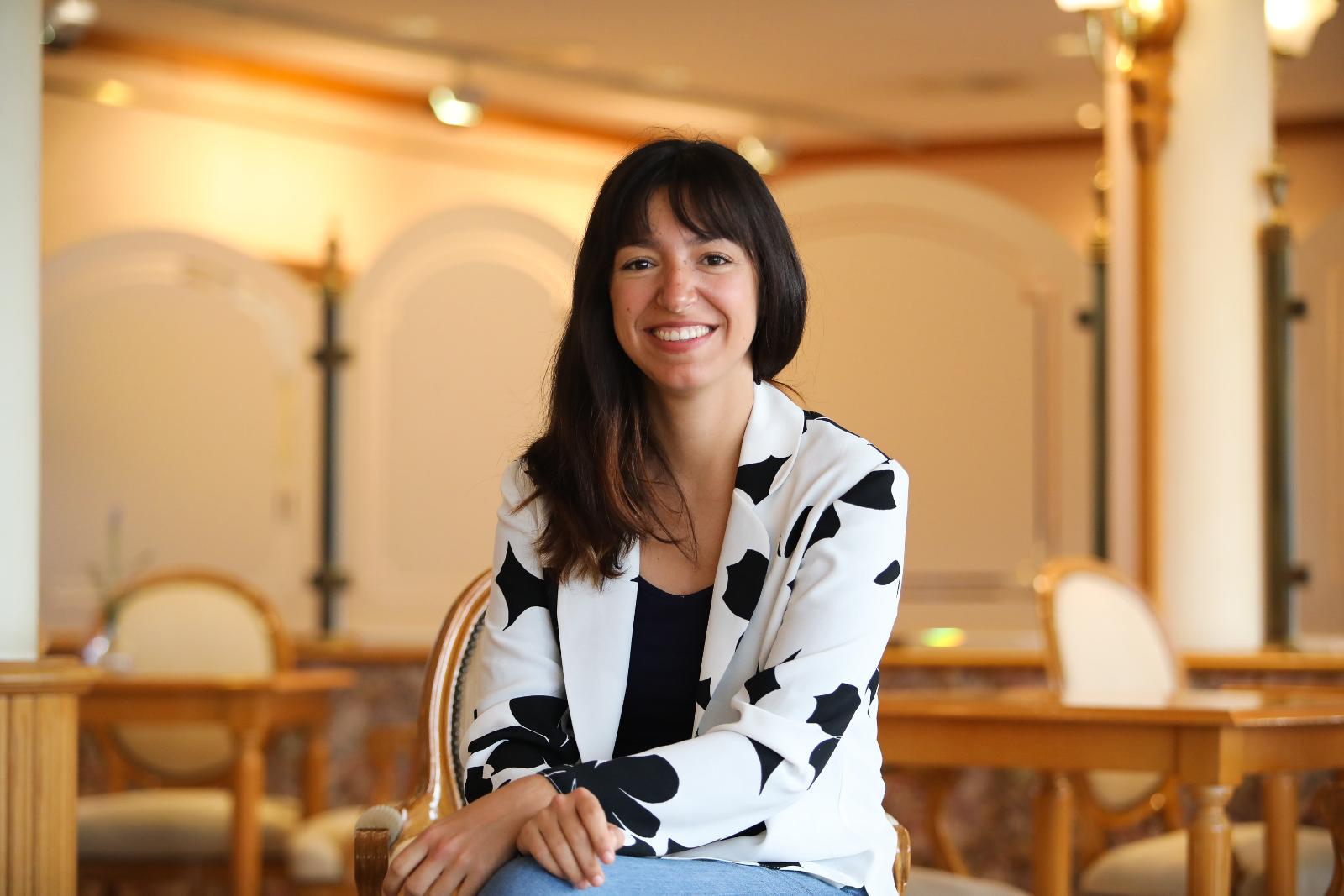 Mariona represents the International Mission of Chambra d’Òc, an association that promotes Occitan and Francoprovençal in the Valadas of Italy. She has studied a Degree in Catalan and Occitan Language and Literature, and a Master's Degree in International Relations.

Her experience has led her to working in the delegation of the Barcelona Provincial Council in Brussels, and in the General Directorate of Language Policy of the Governnment of Catalonia. Through living in Italy and Belgium, she discovered his passion for the defense of minority languages, and in Sardinia she learned what it means to face a situation of language extinction while she was an editorial assistant at Papiros Editziones.

The activism that inspires Mariona is based on local reality and has a global vocation: to raise awareness of the value of languages ​​as containers of precious worldviews, fundamental to mitigating climate change, as tools to improve emotional and mental health, and as anchors that makes us root deep in our territories.

The aim of my residency will be to study in depth the impact of the Ostana Prize, a festival which celebrates the world’s linguistic biodiversity and which takes place in the Occitan Valleys of Italy, in terms of achieving the promotion of linguistic diversity and the rights of languages ​​in the world.

The research will consist of a survey, which I will have previously passed onto the network of collaborators of Ostana; a bibliographic review, and a focus group with the Ostana network, which will actually take place during the residency, to explore, on the one hand, how the narrative of the Prize aligns with the international discourse of the extinction of languages ​​and their value within the world's indigenous communities for the preservation ecological. On the other hand, I will study the role and impact of the Prize in reaching new audiences and platforms through the digital channel. From the observations that will follow the study, improvements to extend the scope of this impact will be suggested