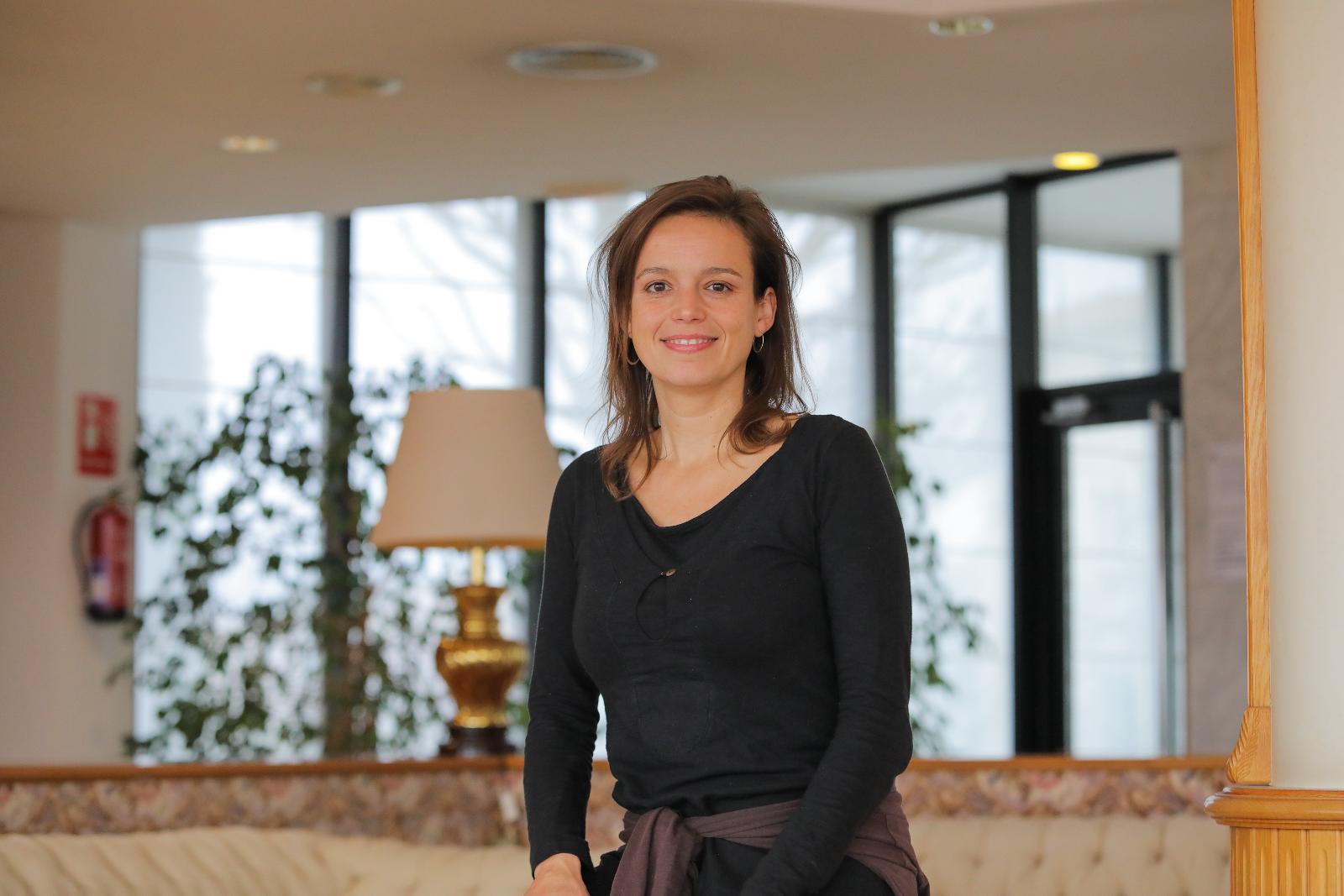 Elvira Prado-Fabregat is an artist, philologist, and performance studies researcher. She studied Catalan and English at the Universitat Autònoma de Barcelona, and English Literature and French at the University of Edinburgh. She then went to the University of Bristol to study as a postgraduate researcher in the Department of Drama, where she completed her MPhil. From a young age, she has worked as an actress and singer in many theatre, tv shows and films. She is currently working on the project 'Més lloc per a la fosca', which will be a postdramatic musical. The show belongs to a broader project that includes academic research, primary and secondary school workshops, as well as adult workshops, and community engagement. As a researcher, she will soon resume her PhD research at the University of Barcelona.

During my stay at Faber, I am going to work mainly on the dramaturgy of the show 'Més lloc per a la fosca', which is a coproduction by Girona City Council, La Fira de la Mediterrània, and the Festival De llegendes. For the dramatic composition of this postdramatic musical, I am using, on the one hand, written work from the "cicle ombrívol" by Víctor Català and, on the other hand, traditional songs gathered in 'El cançoner de l'Empordà' and 'L'Obra del Cançoner', and in manuscripts by the author from l'Escala. For this postdramatic composition, I am also researching songs from the Girona province area available on the digital cançoner 'Càntut'. I will also be researching on postdramatic strategies to compose shows of a similar nature.

A perfect atmosphere for a perfect frame of mind

Since the moment I stepped into the Hotel Fluvià, I was sure it was going to be a good week. I instantly saw that Faberllull was going to provide the perfect environment to be in the frame of mind needed to focus deeply on my work: a bright room with a nice study table; big windows and a balcony with astonishing views; the absolutely gorgeous surroundings; and the peace and quiet.

The fact that breakfast and dinner are catered for, and scheduled, also contribute to the atmosphere needed. Meeting with the other residents at breakfast and dinner time is also a plus. These are the moments in which you can learn about the other resident's work, engage in interesting debates, and even discuss possible collaborations. Is it possible to make good friends in a week? It is.

The hotel’s staff were very helpful with everything and I felt at home at all times. Faberllull’s staff was also very nice and welcoming. They were very careful not to interrupt us during work and to make everything easy. The location is also very good: you are out of the town but, at the same time, you have everything needed at a ten-minute walk. Since Olot is a culturally vibrant place, we (me and other residents) had the opportunity to go to the theatre on Saturday. I was able to have meeting with cultural agents of the town, which was a good extra to my stay. On our last day, we also went for a walk. The volcanic landscape is beautiful and there are lots of paths to explore the area.

I was able to do much more work than I had planned and was very grateful for the opportunity to spend a week in such a well-thought residence. All in all, it has been a great experience. Thank you, Faberllull! 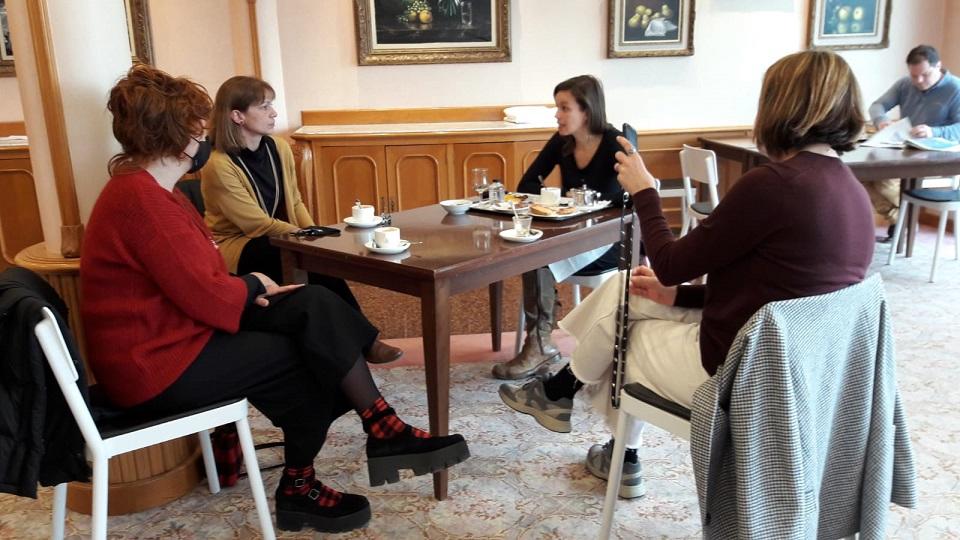 Elvira Prado-Fabregat and people in charge of Mot festival 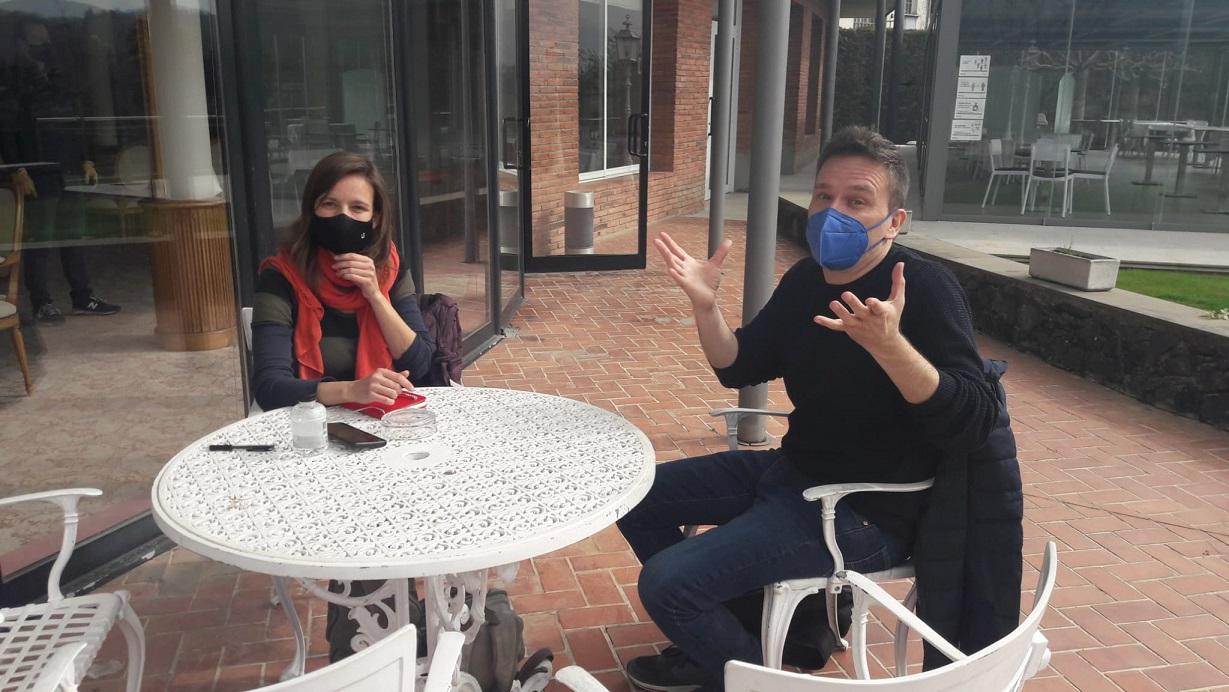 Meeting between Elvira Prado-Fabregat and Jordi Fosas, director of the Mediterranean Fair 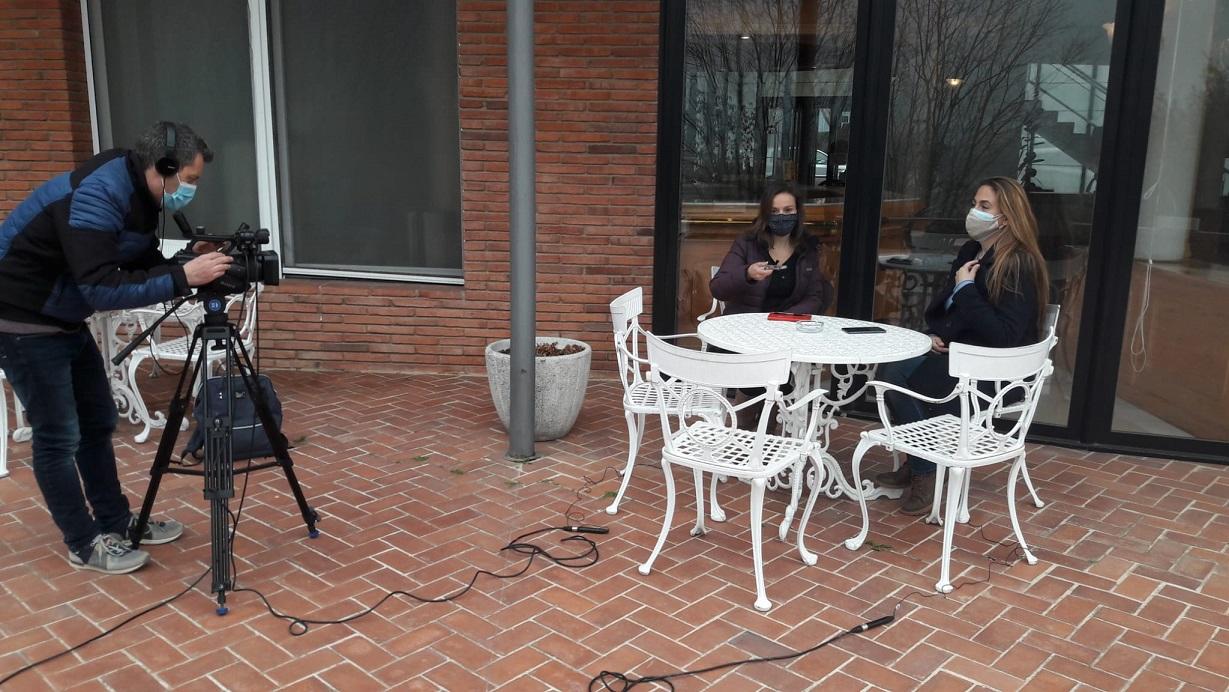