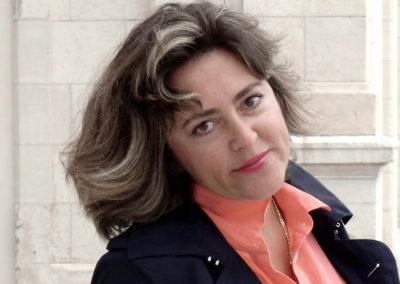 Anzhelina Polonskaya was born in Malakhovka, a small town near Moscow. Since 1998, she has been a member of the Moscow Union of Writers and in 2003, Polonskaya became a member of the Russian PEN-centre. In 2004 an English version of her book, entitled A Voice appeared in the acclaimed “Writings from an Unbound Europe” series at Northwestern University Press. This book was shortlisted for the 2005 Corneliu M Popescu Prize for European Poetry in Translation. Between 2006 and the present Polonskaya has had the opportunity to participate in a number of prestigious writing residencies including those of the Cove Park Scottish Arts Council, the Hawthornden International Retreat for Writers, the MacDowell Colony, the Rockefeller Foundation Bellagio Center, and the Villa Sträuli in Zurich. Anzhelina Polonskaya has been awarded a Rockefeller Fellowship. Polonskaya’s work has also been translated into German, Dutch, Slovenian, Latvian, Spanish and other languages. Polonskaya continues to live and work in Malakhovka, where she is preparing a new volume of poetry for publication. Polonskaya worked as a poetry editor in Russian Switzerland Magazine.

Although I have been writing poetry for my entire adult life, two years ago I had an experience that was entirely new: an Australian composer, David Chisholm, saw one of my translated poems and asked me to create an operatic libretto around it. The result was Kursk, An Oratorio Requiem that received its critically acclaimed premiere in October 2011 in Melbourne. Working on this non-narrative but highly evocative text, led me to think about my art in completely new ways.

I have decided to spend next year creating a new libretto focusing on the cruelty and violence that has become endemic to my society as a result of the cavalier fashion in which war is waged by my government against the various peoples of the North Caucasus.