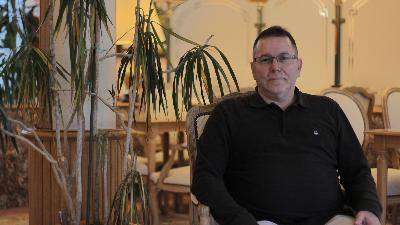 Since 2010, Fulgencio has been managing Skill Competitions in Spain (SpainSkills and Comunitat Valenciana Skills), he was in WorldSkills Competition 2010 in London as Spain’s Expert of Electronics.

Two national projects in Spain have been coordinated by Fulgencio, one of these regarding to developing several electronic systems to teach electronics in secondary schools and the second one was about 3D printing, new technologies for teaching through Internet, near one thousand of student attended to this project around Spain.

Fulgencio has attended Robolot since 2012, sometimes like an attendant and others doing a conference. He likes things like 3D technologies, robots and IoT (Internet of Things) and loves walking around countryside and to meet interesting people everywhere.

I would like to use my time at Faber sharing ideas, knowledge and experiences about new technologies in general (robotics, coding, 3D printing, IoT, automation) and how to teach them to teachers like a resource for their lessons. The final aim is to design courses for teachers who is teaching in secondary schools.

On the other hand, it would be very interesting for me interact with people who know about how learners learn in a non-formal context, that is, science museums.